Ideas from Central Europe Show How to Fight Drought or Heat

Climate change mitigation is one of the biggest challenges for the society nowadays. However, it is clear from the available data that even if we stopped producing CO2 completely now, it would not be enough. It is also necessary to adapt to it to a certain extent. That is why the Czech Environmental Partnership Foundation creates a database of inspiring projects that motivates cities and people to prepare for the manifestations of climate change. This database collects and rates examples of good practice from Central Europe as well as other countries. The best projects are then awarded in the Adapterra Awards competition.
Get inspired with us on how to deal with climate change and see the top international projects.
"We want to talk about adaptation measures to climate change and motivate cities and people to prepare for the effects of climate change using them. However, bringing the current trends in adaptation measures to the public, both professional and non-professional, is not an easy task at all. We run our database of good practice so that people can look at and get their inspiration from concrete examples. Last year alone, we got 30 new examples of good practice from Europe,” describes Andrea Křivánková from the organizing Czech Environmental Partnership Foundation.
One such example is the Restoration of a school to an educational centre in the small village of Hrubý Šúr near Bratislava in Slovakia. The conversion of the old traditional building into an energy-efficient and comfortable one also made it possible to preserve its cultural and historical value and functions. The complex uses alternative energy sources, such as heat-storing furnaces, solar water heating and there is also heat recovery and a root treatment plant.
Pocket parks (Ogrody Krakowian in Polish) in Krakow, Poland represent small public spaces that allow all residents to spend their free time, regardless of age, interests or needs. Abandoned spaces and brownfields change to quiet green oases and vibrant centres of local communities. They serve not only humans but also plants and animals as habitats and they improve the local microclimate, quality of life and biodiversity in the city.
Residents of the multi-generational IDEA housing estate in Gdańsk, Poland, also enjoy retention parks. One of the main goals of the project is to mitigate the effects of drought using the rainwater that the park naturally retains. Overheated concrete has been replaced by 56 trees and 52 species of flowers and shrubs, which help mitigate the effects of the urban heat island. The park can hold up to 53 cubic meters of water and thus prevent floods and droughts.
Let's stay in Poland - another award-winning project is unique for its vertical garden that surrounds the front and side walls of the renovated building of the Foundation for Polish Science in Warsaw. The reconstruction aimed to preserve rare historical elements and at the same time incorporate low-energy solutions and vertical greenery. With its new green face, the foundation's headquarters blurs the boundaries between architecture and nature.
You can find inspiring projects of companies and municipalities among the top projects from the Czech Republic. For example, the ČSOB Campus, an expanded banking headquarters in Prague, won the Adapterra Awards. The uniqueness of the Czech solution lies mainly in heating and cooling using an extensive system of heat pumps. The building does not need a usual boiler room. The complex saves drinking water, mainly thanks to the use of rainwater. You can even sit on the green roofs in the shade of big trees.
The authors of Rakováček Park in the small Czech town of Rokycany targeted the project on the protection of the rare stone crayfish and the prevention of floods. There are through-flow little pools or lowered parts of the wide composite riverbed on the newly meandering stream in the middle of the park. There are grassy as well as flowering meadows with carefully selected plants around the stream. Native species of trees, shrubs and herbs were also plated in the park. The landscaped and revitalized surroundings of the stream in the middle of the built-up area offer space for pleasant leisure time on hot days, also thanks to playground equipment for children.
Other examples from Germany, Great Britain or Denmark offer even more inspiration for your own adaptation measures to climate change in cities, these projects complement dozens of successful Czech implementations from towns and villages, working environment and households. Get more inspiration at www.lifetreecheck.eu/Database
Contact: David Kopecky, media relations | david.kopecky@nap.cz I +420 721 468 231 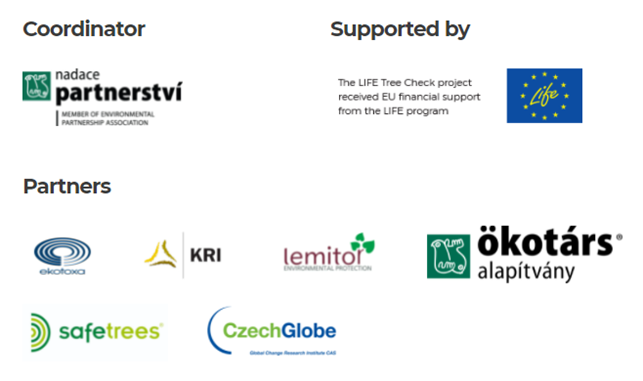 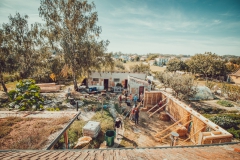 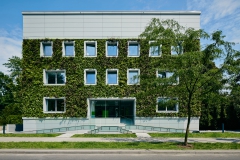 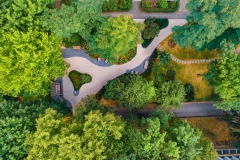 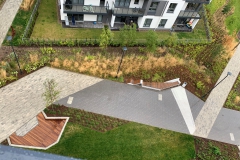 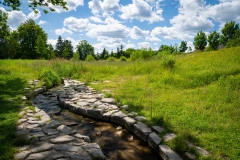 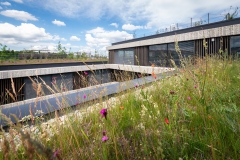